How close can similarity transformations take a matrix towards diagonal form? The answer is given by the Jordan canonical form, which achieves the largest possible number of off-diagonal zero entries (Brualdi, Pei, and Zhan, 2008).

can be expressed as

is unique up to the ordering of the blocks

(or the Jordan form, for short).

are called Jordan blocks. Clearly, the eigenvalues of

has a single eigenvector,

. Two different Jordan blocks can have the same eigenvalues.

linearly independent eigenvectors, and the same is true of

The Jordan canonical form is an invaluable tool in matrix analysis, as it provides a concrete way to prove and understand many results. However, the Jordan form can not be reliably computed in finite precision arithmetic, so it is of little use computationally, except in special cases such as when

is Hermitian or normal.

For a Jordan block

The superdiagonal of ones moves up to the right with each increase in the index of the power, until it disappears off the top corner of the matrix.

It is easy to see that

, these quantities provide information about the size of the Jordan blocks associated with

. To be specific, let

By considering the equations

above, it can be shown that

is the number of Jordan blocks of size at least

appears. Moreover, the number of Jordan blocks of size

. Therefore if we know the eigenvalues and the ranks of

then we can determine the Jordan structure. As an important special case, if

then we know that

appears in a single Jordan block. The sequence of

is known as the Weyr characteristic, and it satisfies

and all the eigenvalues are zero. Since

can be permuted into Jordan form by a similarity transformation.)

Here is an example with 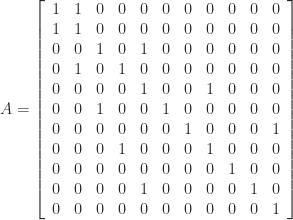 and they have the following 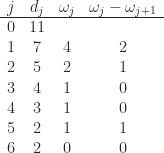 We conclude that the eigenvalue

occurs in one block of order

, one block of order

, and two blocks of order

A matrix and its transpose have the same Jordan form. One way to see this is to note that

is the identity matrix with the its columns reversed. A consequence is that

A version of the Jordan form with

. The main change is how complex eigenvalues are represented. Since the eigenvalues now occur in complex conjugate pairs

, and each of the pair has the same Jordan structure (which follows from the fact that a matrix and its complex conjugate have the same rank), pairs of Jordan blocks corresponding to

are combined into a real block of twice the size. For example, Jordan blocks

in the real Jordan form, where

. Note that the eigenvalues of

Proofs of the Jordan canonical form and its real variant can be found in many textbooks. See also Brualdi (1987) and Fletcher and Sorensen (1983), who give proofs that go via the Schur decomposition.